Alaskan Malamutes are one of the more intimidating looking breeds of dog. Their large size and wolf-like features are enough to scare new visitors from entering our homes – but are Alaskan Malamutes good guard dogs?

In our article, we break down what traits are needed to make a good guard dog, and why Alaskan Malamutes are not so scary after all.

Before we ask ‘are Alaskan Malamutes good guard dogs?’, we need to understand what traits are needed.

These are the basic traits that a dog trainer will look for in potential guard dogs. If a dog does not naturally exhibit these traits, it can be very difficult and even dangerous to train that dog into being a guard dog.

So, are Alaskan Malamutes good guard dogs? Those of you who own the breed will have probably realised that the answer is no!

Alaskan Malamutes are actually a terrible breed for becoming guard dogs, and we’ve listed the reasons why below.

1. Alaskan Malamutes are too stubborn and independent.

Owners of Alaskan Malamutes will know how challenging it is to train the breed. Malamutes would much rather do as they please than listen to us, and getting them to follow the simplest commands can sometimes be a chore.

This means that it can be very dangerous to train an Alaskan Malamute to be a guard dog. A Malamute’s obedience can falter at any time meaning it would be very difficult to change their mind if they decided something was a threat.

Thankfully, Malamutes are not a naturally aggressive breed. We don’t recommend trying to make them aggressive enough to be a guard dog as it could easily lead to them attacking someone or something that was safe all along.

2. Alaskan Malamutes are not naturally suspicious.

Despite their intimidating appearances, Alaskan Malamutes like to be around people and will instantly become friends with pretty much anyone they meet. Visitors are always surprised at how welcoming our Malamutes are and we often joke that they are more likely to open the door and invite an intruder in than chase them away!

They are more curious about people than suspicious, and generally don’t care when strangers come to visit their homes. This is one of the reasons they make such great pets for homes that regularly have guests visiting.

Don’t be mistaken though, Malamutes still value their own private space and will let you know when they want to be left alone. Any grumbles or growls are pretty much always because they just want to be left alone for a while, not because of the person who is bothering them.

3. Alaskan Malamutes are not known for being dangerous or aggressive. 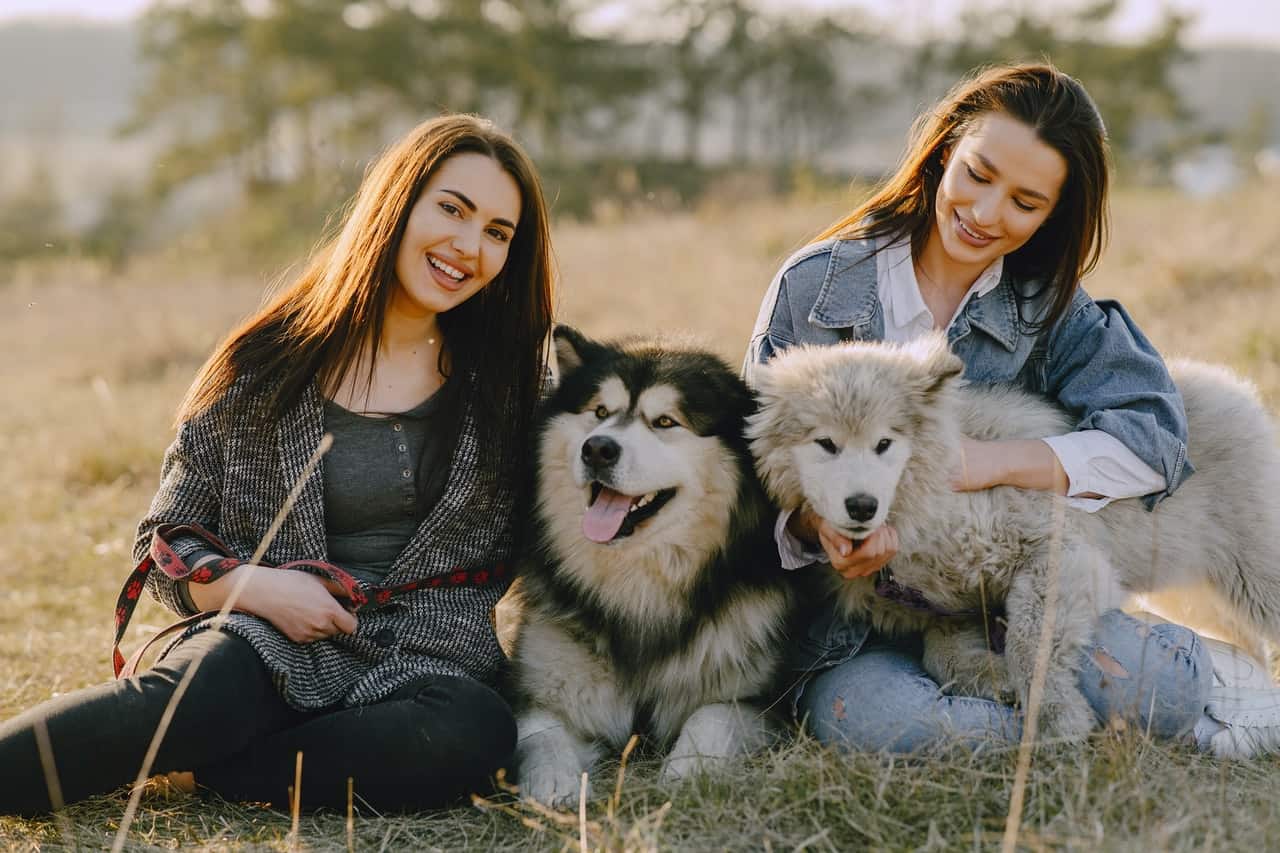 Whilst a guard dog doesn’t necessarily have to be a dangerous dog breed (they need to be friendly enough to live with their owners after all!) they still must be willing to act on a threat. Even small acts of aggression such as growling or baring teeth through a fence can be vital for deterring intruders.

Alaskan Malamutes simply do not have the natural aggression required to make them dangerous enough to be good guard dogs. Malamutes are more likely to hide if they become upset instead of turning aggressive. That doesn’t mean they won’t grumble at us owners if we give them a telling off or bother them for too long, but they very rarely have any aggressive intent.

Malamutes will only become aggressive towards people if they are seriously provoked. Whilst this makes them a great family dog and is one of the reasons we love them so much, it’s also the reason they are such terrible guard dogs.

THE ADVANTAGE OF OWNING AN ALASKAN MALAMUTE FOR PROTECTION

So, it turns out that Alaskan Malamutes are not good guard dogs after all – but that doesn’t mean they offer no protection.

If you thought that Malamutes might be good guard dogs, it’s probably because of their appearances. Alaskan Malamutes are very large dogs that can sometimes weigh over 100lbs! Their appearances also remind many people of wolves which, combined with their size, makes them an intimidating breed to look at.

You’re not alone in thinking that Alaskan Malamutes are a scary looking breed. We can’t count the number of times people have crossed over the road to avoid us when we’re walking our Malamutes, even though they’re in no danger.

Many potential intruders will also be deterred from entering your home if they see a Malamute in the garden or through the windows. It’s not very likely that they will know that Malamutes are pretty much harmless and will instead be unwilling to risk going against such a large dog.

You can encourage this fear by putting ‘beware of the dog’ signs near the entry points to your home. These can be purchased for an affordable price on Amazon and will lead to the majority of passers-by thinking that there is an aggressive dog on the premises. Only trusted visitors need to know that your Malamute is actually friendly!

Alaskan Malamutes can sometimes be trained to be good watchdogs. A watchdog simply alerts you to the presence of someone on the property by barking or wooing, but they do not act on any threat. Some Malamutes are naturally inclined towards being a watchdog, and seeing as Malamutes love the sound of their own voice, many of them can be trained.

Check out the video below to see some excellent Alaskan Malamute watchdog behaviour! Notice that the Malamutes are vocalising to alert their owner to the presence of someone near their property, but they are not showing any aggression and befriend the man as soon as they are allowed near him.

So, Alaskan Malamutes are not good guard dogs but their intimidating appearances can scare away intruders – even if they would never attack them. Malamutes can be trained to be watchdogs for extra security, just be mindful of your neighbours as it can be a noisy training session!

If you have any questions, please leave a comment below or get in touch through our contact form by clicking here.

We want to see your Malamutes! Send in your photos to themalamutemom@gmail.com for a chance to be featured in our gallery.