Huskies have a reputation for being social dogs, but does this behaviour extend to all dogs? In particular, are Huskies good with small dogs? This is a question asked by many owners looking to extend their household packs so don’t worry, you’re not alone in thinking it!

The answer to this question is complex and can depend on many factors. We’ve compiled all the information you need to know about the average Husky’s attitude towards small dogs and why the breed might not be suitable for living with small dogs after all.

Are Huskies dangerous to small dogs?

We frequently hear the question ‘are Huskies good with small dogs’ but what most askers really want to know is if their Husky poses a potential threat to them.

It’s hard to picture the loveable breed as being potentially dangerous, especially towards another dog. In reality, their instincts could be a threat to other dog’s lives.

This is because Huskies have a big prey drive. This is a natural instinct that causes them to chase and sometimes kill small animals including rabbits, squirrels, and unfortunately some small dogs.

These instincts are what would have allowed Huskies to survive and thrive in their packs with the Chukchi People. They were not bred to be hunters, but occasionally hunting small animals would have helped with the tribe’s survival.

Huskies have retained these instincts to this day – even though the vast majority no longer live in situations where they need to hunt at all. That means that Huskies should not be kept in a home where small animals live and is also the reason that it’s not recommended to let your Husky off their leash in non-enclosed spaces.

When it comes to small dogs, it’s a little more complicated. Huskies have been known to attack smaller dogs in the past, but they have also been known to live harmoniously with them.

A lot of time it comes down to the size of the small dog in question, with tiny breeds such as chihuahuas facing the biggest risk. There are more factors that can affect whether your Husky will see a small dog as prey than just their size. We’ll go into more detail on these later.

We advise that you always act with caution when bringing your Husky into an environment with a small dog. Make sure you have control over the situation and that your Husky can easily be restrained.

Can Huskies live with small dogs?

As we’ve already discussed, Huskies are not an ideal match for living with small dogs. Their large prey drives could lead to them acting aggressively, creating stress for the small dog.

Having said that, there are some success stories out there of Huskies happily living fulfilling lives with small dogs without acting on their prey instincts. So, what are the potential reasons for this and how can a Husky safely live with a small dog?

It really comes down to each individual dog. Some Huskies simply have temperaments that are much more docile and friendly towards other dogs and animals. Similarly, some Huskies are unsuited to living with any dog at all – even other Huskies!

There’s no way of being certain of whether a specific Husky is suited to living with small dogs, but there a few personality traits and criteria we recommend you look out for.

Huskies who exhibit food aggression are less likely to be able to live with a small dog. Food aggression involves the Husky acting aggressively towards other dogs or people who come near their food whilst they are trying to eat.

You may see this behaviour if your try to take their food bowl from them before they have finished eating or if another dog comes near them during meal times. This behaviour can develop very quickly if a Husky has not had the necessary obedience training during their puppy years.

If a Husky exhibits food aggression towards a small dog in particular, the obvious size difference means that the Husky could overpower the small dog very easily. For this reason, Huskies and small dogs should be fed separately from each other, keeping the small dog completely out of the Husky’s sight until they are done eating.

Generally, Huskies who are thoroughly obedience trained have a better chance of living with a small dog.

This is not to say that their prey instincts won’t kick in, but rather that owners will have better control over their Huskies and will be more likely to prevent it from happening in the first place.

Huskies who have been well trained usually have a lot of trust in their owners and will respect the commands they are given.

Owners who have gone through training will also have more of a keen eye for signs that something is not quite right with their Husky and should be able to deescalate tension before something bad happens.

Similar to obedience training, Huskies who have been properly socialised will also have a better chance of living with a small dog. Once again, this is not a guarantee as their prey drive comes from instincts rather than misbehaviour.

Age of the Husky

This shouldn’t be a surprise, but Husky puppies are much more likely to adapt to living with a small dog than an adult Husky.

Husky puppies haven’t fully developed their instincts or their personalities yet making them ideal candidates to be introduced to a small dog. Their younger age means they are also more likely to see the small dog as a member of the household pack, rather than as potential prey.

Once again, this is not a guarantee. Sometimes Huskies are just not meant to live with small dogs, no matter how hard you try to get everything right.

How do you introduce a Husky to a small dog? 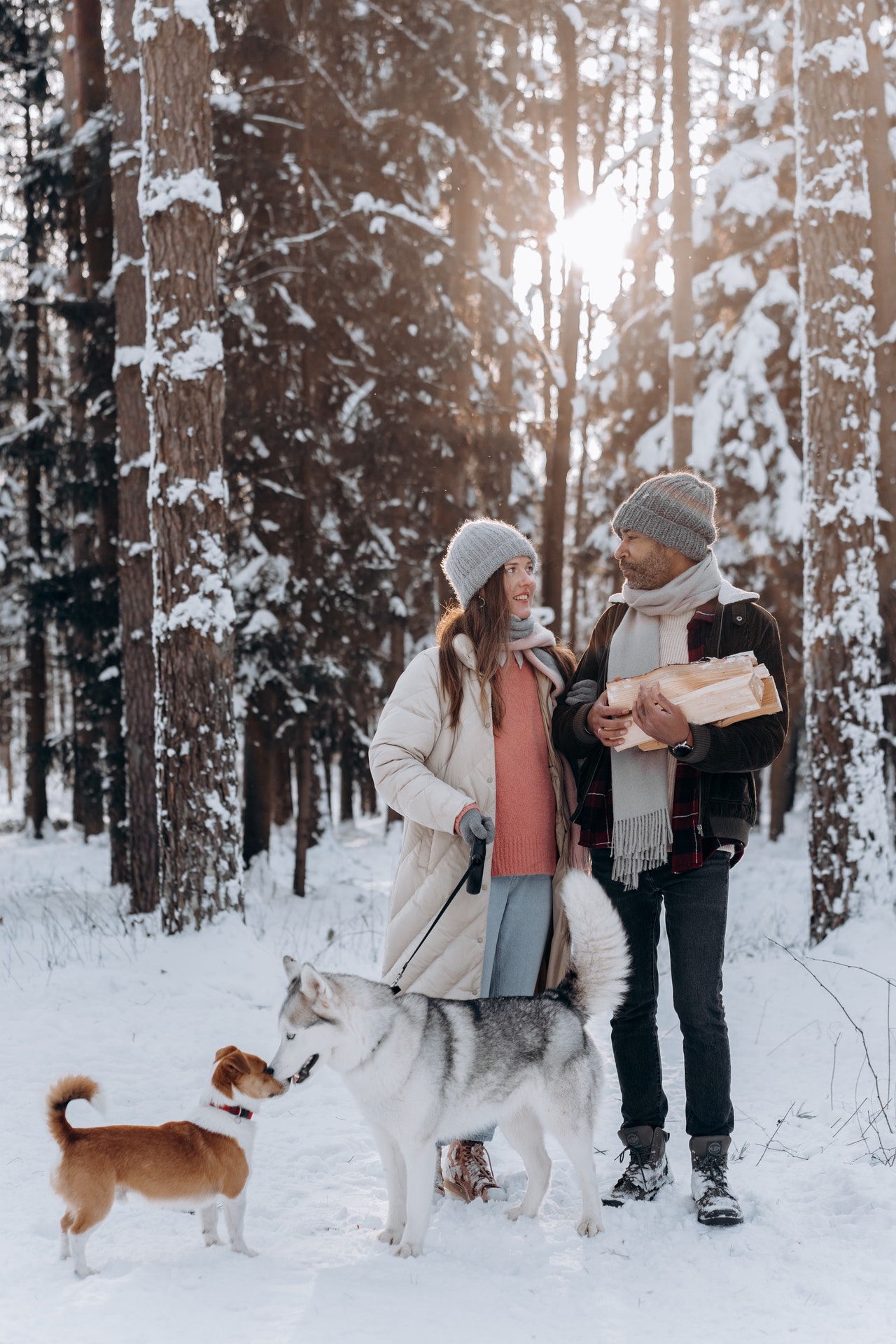 If you are planning on trying to introduce your Husky to a small dog, there are a few things you can do to help stay in control of the situation.

The most important thing is the safety of both the Husky and the small dog. Neither dog should be put in a situation where they may be in danger of getting hurt, so be certain that your Husky has the right temperament to handle the situation.

We wouldn’t recommend allowing your Husky to meet a small dog unless they have some obedience training. Having training will make them much more likely to respond to your commands and will make your Husky trust you more. This will be a huge help for you to keep the meeting in control and to prevent your Husky from reacting negatively.

For their first meeting, we recommend going to a neutral area such as a park. Meeting at one of the dog’s homes may cause some territorial aggression, especially from the Husky due to the pack nature of the breed.

Meeting in a neutral space where neither dog has a territorial claim will reduce the stress they may experience that day. Trust us when we say you want to minimise any possible causes of aggression!

Whilst they are together, ensure that both dogs are held securely on leashes that they can’t pull away from. This will allow you to control how close they can get to each other and will give you an easy way to separate them if the Husky becomes aggressive.

We also recommend using a harness on your Husky, particularly if they do not have strong obedience training.

Remember to reward both the Husky and the small dog for good behaviour around each other. It’s important to reinforce that the smaller dog is neither prey nor a threat to your Husky and using rewards will help them to see the situation positively.

It is not advised for Huskies and small dogs to live together due to a Husky’s prey drive. At any time, they may see the small dog as prey and act on instinct to chase it and potentially harm it. As with all things, there are some success stories of Huskies and small dogs living together safely. We advise taking the appropriate precautions if you are going to try to recreate this success.

If you have any questions about the content in this article, please don’t hesitate to get in touch by leaving a comment below or by filling in our form here.