How Many Puppies Can a Husky Have? Complete Guide 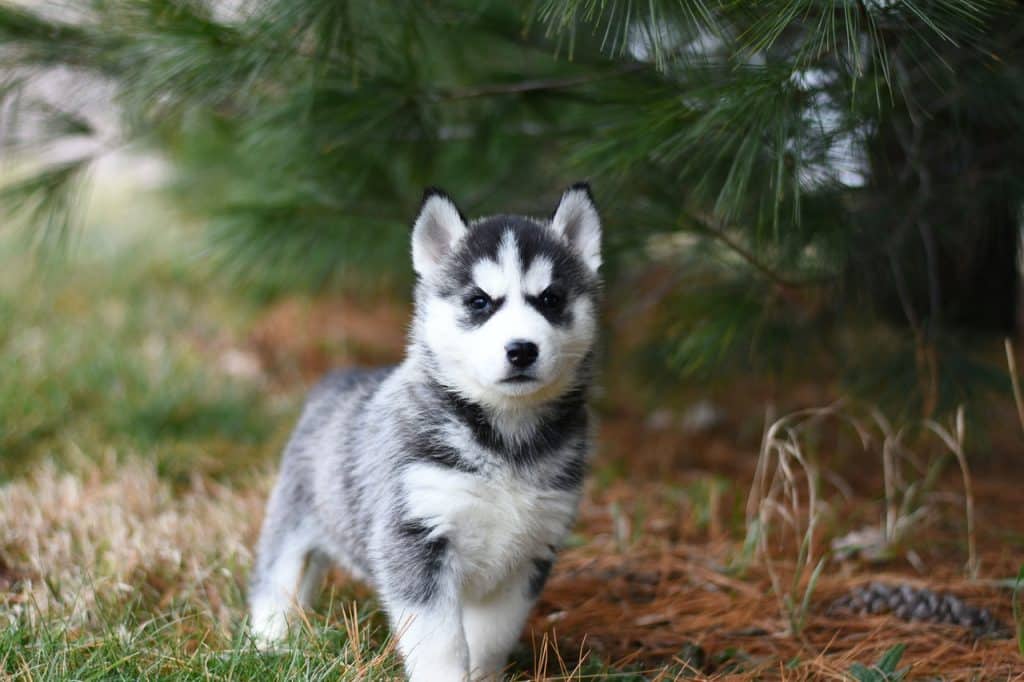 Huskies are becoming one of the most sought after breeds in the world leading to increased demand from breeders. But just how many puppies can a Husky have in each litter? And is there any way to change the number of puppies through external factors? If you’ve got an expectant Husky yourself, or are simply curious about the breed, keep reading for everything you need to know about a Husky’s pregnancy.

On average, how many puppies can a Husky have?

If you’ve recently found out that your Husky is expecting, you’ll likely be wondering how many puppies are on the way. Or, if you’ve recently adopted a Husky, you could be curious to know how many brothers or sisters they have out in the world.

Let’s get straight to the facts. On average, a Husky will have between four and six puppies per litter. As with all things in nature, this number can vary and a Husky can have less or even more than six puppies in a litter.

Huskies can sometimes only give birth to one or two puppies after their pregnancy. Whilst this is normal, it does not happen often.

So, is there any way to influence the number of puppies a Husky has? Reputable breeders have become very good at predicting their Husky’s litter size by assessing several variables:

To optimise the number of puppies in a litter, breeders will keep their Huskies in prime health and will consult vets regularly to ensure the expectant mothers are receiving the nutrients they need throughout the pregnancy.

How many puppies can a Husky have the first time?

As we have previously mentioned, it is not uncommon for Huskies to produce fewer puppies during their first litter.

During the first litter, breeders can expect an average of four puppies. Once again, it is normal for a first-time mother to produce more or less than this as several factors can affect litter size.

If the Husky’s first pregnancy happens during their ‘adolescent’ years (under the age of three) there is an increased chance for them to have only one or two puppies.

All Huskies are different however and some may consistently produce large litters right from the beginning, whilst others may only have small litters. As long as all the puppies and the mother is healthy, there is no problem with this.

How many times can a Husky get pregnant?

So, just how many litters can a Husky have? The reality is that a Husky can fall pregnant at every heat cycle if there is an unneutered male dog around.

We hope it is obvious that this is not advised as it gives the Husky mum no time to recover between pregnancies, and increases the risk of pregnancy-related health complications.

Reputable breeders will typically breed their Huskies every 18-months or so, meaning a Husky can have up to 5 litters in their lifetime. Leaving this gap between pregnancies puts significantly less strain on the mother and gives them plenty of time to recover.

Nursing puppies is a difficult task for a Husky mother so it’s important to let them recover both physically and mentally between pregnancies. This will ensure she has the best attitude towards caring for her puppies once they arrive, and will make sure her body is well-rested in preparation.

Interestingly, a Husky mother who is carefully bred every 18 months will actually produce more puppies than a Husky who is bred as often as possible. This is because their bodies are in much healthier conditions, allowing them to produce larger litter sizes than Huskies who are overworked.

We should add here that we firmly believe in leaving breeding to the professionals. Pregnancy is taxing for Husky mothers and reputable breeders can give them the care and attention they need to remain happy and healthy.

We understand that breeding is important for maintaining the Husky breed standard, but with so many Huskies ending up in shelters in recent years, we always recommend getting your Huskies neutered as soon as they can be.

How long is a Husky’s pregnancy?

As with humans, this can vary slightly between individual dogs and some Huskies may give birth sooner or later than the 63-day mark.

Visible pregnancy signs can appear from as early as day 14 when the pregnant Husky’s stomach will start to look bloated. At around day 25-30, you may be able to feel the puppies!

If you think your Husky might be pregnant, we advise you to take them to the vets who will be able to ultrasound them (25 days after mating) or give them a blood test (5 weeks after mating) to confirm their pregnancy.

In conclusions, a healthy Husky will have between 4 and 6 puppies per litter but it is not unusual for them to have more or less depending on their circumstances. A Husky’s first litter will usually have fewer puppies than subsequent litters.

If you have any questions, don’t hesitate to get in contact with us by clicking here. 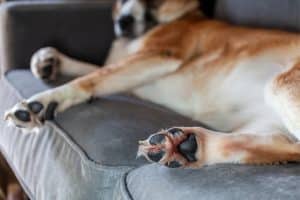 Do Huskies Have Webbed Feet?